A Language for the Future

The “value” of solar panels

Finally putting up solar panels on our house last year rendered a lot of questions on numbers. Neighbors, friends and family asked: How much did it cost? How much electricity will you produce? And primarily: is it profitable?  It was easy to respond to those questions and give answers in money and kilowatt hours, but something felt odd about that. It took a while before I realized what. 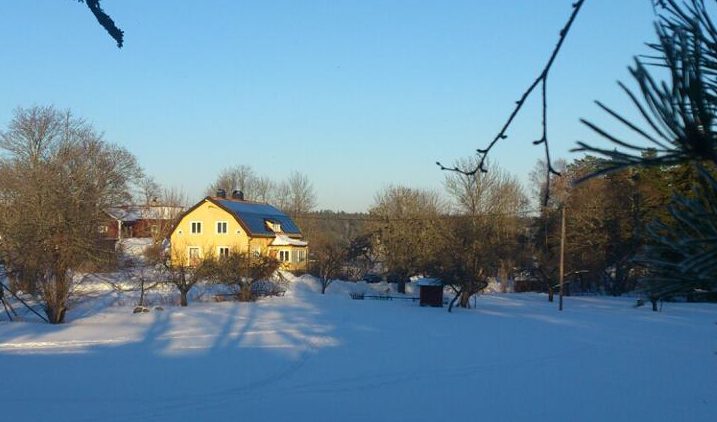 Money wasn´t our motivation when we put up those panels. We wanted to be part of the energy transition, to take some responsibility for our own consumption of electricity. Now you might argue – what does it matter, as long as the solar panels go up? What effect does a difference in motive really have? A lot, in fact. The values underlying our actions and attitudes may be game-changing when it comes to creating a society that is more sustainable, more just, and more meaningful.

One of the pioneers in value related research, social psychologist Milton Rokeach, stated that: “The value concept, more than any other, should occupy a central position … [it is] able to unify the apparently diverse interests of all the sciences concerned with human behavior.” In other words, what we deem important explains a lot about how we act. There is quite a bit of empirical evidence about how values work. A great synthesis aimed at increasing the awareness of civil society organizations of the importance of values in how they communicate their message, is the report Common Cause – The case for working with our cultural values” written by Tom Crompton at World Wildlife Fund (WWF) UK.

This research reveals some important patterns. First, values are universal. We value more or less the same things around the world but we prioritize values differently depending on factors such as culture, education, family and friends, as well as how our workplaces are structured and social norms.

Second, values are organized in dynamic and integrated systems: they influence each other. Some values are easily held simultaneously while others are opposed. Two groups are interesting from a sustainability point of view and we can think about them as a seesaw. On one side of the seesaw sits extrinsic values – status, wealth or achievement, for example. On the opposite side sits intrinsic values such as equality, community and connection with nature. Intrinsic values are clearly associated with sustainable and just behavior and related attitudes.

People with strong intrinsic values such as freedom, creativity and self-respect (self-direction values), or equality and unity with nature (universalism values) are more politically engaged, concerned about social justice, exhibit more environmentally-friendly behavior, and lower levels of prejudice. In contrast, placing more importance on extrinsic values is generally associated with higher levels of prejudice, less concern about the environment, weak (or absent) concern about human rights, more manipulative behavior and less helpfulness. (It’s important to emphasize that the research shows that all humans share similar values, both intrinsic and extrinsic: the differences lie in what we prioritize on a daily basis.)

What motivates us value-wise also seems to affect our levels of well-being. Extrinsic values tend to undermine our levels of personal well-being. In general, the esteem of others or pursuit of material goods seem to be unreliable sources of satisfaction in life.

How values are shaped and strengthened

Our values are constantly shaped, strengthened and weakened by influences from the world around us. All forms of communication are laden with values. Think about what assumptions you are met with about motives for your actions and choices (like in the solar panel example above). What is important? What is worth acting upon and why? What is normal and healthy and what isn’t? When we are approached as though we are primarily driven by profit and self-interest, values associated with self-interest are activated and strengthened. We then tend to act more selfishly and competitively.

The Swedish government’s ”Future Commission” recently released its´ final report. It focuses on four areas: 1. demographic development, 2. sustainable growth, 3. integration, equality, democracy and participation and 4. justice and unity. The report has received a lot of critique for the lack of concrete measures to handle the challenges identified, but let’s have a look at how the report’s message is framed.

A progress report has been written for each of the focus areas. ”Towards a greener future – challenges and opportunities” is the title of the report dealing with climate, ecosystems and biodiversity, or ”sustainable growth”. In its 184 pages it mentions growth close to 200 times. Minister of Business Annie Lööf states in the introduction that:

Growth requires sustainability, but let´s not forget that sustainability also requires growth. If we are to continue to lift people from poverty, extinguish hunger and at the same time save the environment, we need to create a green economy where people are given conditions to change their lives, earn money, invest and be entrepreneurs.

In other words, in the current political frame it’s commonplace to talk about sustainability (which is needed) by emphasizing economic growth and money (which we are presumed to value). The problem is that this rhetoric further shapes our understanding about what is important. If we are repeatedly told we can financially benefit from acting for a healthy environment, a stable climate, and other species– then our extrinsic values will be strengthened at the expense of intrinsic values. If the Future Commission is serious about calling for integration, equality, democracy, participation, justice and unity, then a focus on economic growth is worse than a distraction – it is a barrier. It undermines our motivation to act on these issues.

A language for the future

Perhaps we need a new language, suggests Jonathan Dawson from Schumacher College in an article in the Guardian. He writes:

This moment of history calls on us to rewrite the dictionary and create new stories, much as the generations following on from Copernicus did to reflect the new world-view that emerged from his astronomical insights. The new language and stories that we need will emerge from the language of ecology and will speak of connection in place of separation; networks in place of nodes; synergy in place of win:lose or cut-throat competition.

It still feels a bit awkward to explain that my motivation for installing solar panels has to do with my desire to take responsibility for my energy consumption and my role as part of the earth’s ecosystem, rather than to save money. But I am practicing!

To learn more about the role that values play in social change check out these resources:

1. Common Cause report – a summary of relevant research on values contextualized for civil society organizations

2. The Practice of Common Cause Casper ter Kuile – a great video workshop on how to apply these concepts

3. Tom Crompton keynote – a talk by the author of the Common Cause report

4. George Lakoff lecture – an engaging talk by one of the foremost researchers on values & frames in the context of of US politics

5. World in Transition: A Social Contract for Sustainability – a report which, via a wide review of values surveys, found that ”a significant majority of the German population … views growth and capitalism with skepticism and ‘does not believe in the resilience of market-driven economic systems’.”