Movement and Maps – Told and Untold Stories of the Future

A speech from Climate Existence conference may 2018 (on video here)

As I pondered about what exquisite wisdom I would share with you after these lovely days of depth, spaciousness and beauty, I felt quite humble. Then suddenly, a character from long ago showed up, unexpectedly, to say something. Jeff Goldblum namely, in his role as Ian Malcolm, the chaos matematician from the film Jurassic park! I loved that character. Ian Malcolm is a real pain in the ass, spoiling the day for John Hammond, the billionaire who created his own dinosaur world and is happy as a kid on Christmas eve when he shows it for the first time. Malcolm is a real party pooper, you know like that guy who, when everybody just want to share their vacation plans, brings up climate change. 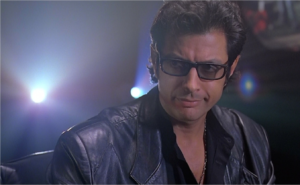 He lectures the others on chaos theory, asserting that even things with a very very low probability to happen, do happen. That initial conditions have a crucial role. He is very critical of the project of bringing creatures who went extinct 65 million years ago to life. ”The lack of humility before nature that is displayed here staggers me”, he says. And of course in the film, he is the voice of reason. As all the control mechanisms fail, the dinosaurs manage to breed even if they are all female, they get loose and wreaks havoc. Chaos breaks out.

We have heard from several voices here that the transition to a just, sustainable, harmonious, beautiful (insert preferred adjective) world is possible, but not very likely. When we base our hope in that world on an assessment of probability, we have to do with a feeble, superficial hope. Yet, a lot of the ”hope” the sustainability discourse desperate cling to, is that kind of hope entertained by the analytical mind (the box head). That is why we have to convince each other that solar energy is being installed at record levels. Or that the consumption of plastic bags is going down. Or that we do have a great and important climate agreement.

That hope does not take us to the depths we need to explore, as we will protect it by avoiding to look at the unravelling of the living world. To protect our fragile hope, we don´t take in the totality of our circumstances. We don´t let the grief in. Probably we need to loose this hope. Can we support each other in that loss, to find new hope somewhere else?

There is another hope, a hop ecophilosopher Joanna Macy has called an active hope. It is the kind of hope that is based not on likelihood, but of doing something uniquely human: to make a choice. The kind of choice you would do if your child was very very sick with small chances of survival. You wouldn´t base your choice to sit with your child on the probability that she would survive. You would sit there, because there is nothing else you could do. Because of love.

To be so attached to life that you can handle being not attached to outcome. You dont have this kind of hope, you act it. Active hope takes courage. It requires faith in a future goodness we don´t yet see.

So, chances of a more beautiful world is diminutive. The interesting thing is that, what chaos theorists tell us, is that it is at the edge of Chaos a system really gets creative. Finds new ways. Maybe climate change is the edge of Chaos for our culture. Maybe it is our ordeal.

As we show up to the reality of climate change – we also change. As Mary Oliver wrote: You have to change your life. Maybe that sounds greater than it is? (Remember Ian Malcolms lesson on the importance of initial conditions. Very small adjustments make huge difference!). Phase shifts, also within us. We change, and then cannot change back. We can just observe what we held true and important before, from the viewpoint of what we hold important and true now.

What kind of change are we talking about? I suggest it is a change into a wilder self. By wild, I mean a listening self, attentive to the voices and needs within us and surrounding us. Ecopsychologist Nick Totton describes the wild mind as spontaneous, embodied and self-balancing. It creates relationships and develop increasing complexity. It is the wild mind which lets the soft animal of your body love what it loves (Mary Oliver again). This takes practice. There are no shortcuts. It also takes courage. You know what that means, courage? It derives from the french word coeur, meaning heart. To act from the heart.

As humans, we have a remarkable sensitivity and imagination. We can take perspectives of others, even creatures or things like trees, rocks, water, clouds. With our wild self, we discover that we are always participants, never managers or observers (like the people in Jurassic park found out the hard way). We discover the world not to map for control, but continously getting to know, to encounter with curiosity and respect.

I am very fascinated by the fact that the swedish organisation who express this shift most eloquently is the Church. In the Letter from the Bishops on climate change, there is a discussion on the need to go beyond the understanding of stewardship as the role of humans in the world. Under the headline People of Hope, it reads:

So how do we need to live to look after the life of creation? In Matthew 16:25, Jesus says something that seems to turn the usual order on its head: ‘For if you want to save your own life, you will lose it; but if you lose your life for my sake, you will find it’. What does that mean in relation to the climate challenge? This perhaps: a person who derives his or her value from being at the top of a hierarchy always needs to defend himself or herself and has everything to lose. This is what happens if we human beings claim to be lords of creation. However, if we give up our position in favour of a relationship, we have something to gain. If we see our relationship with the rest of creation and with God, we lose our position as the centre and measure of the universe and gain a community that involves trust, hope and life.

By participating in life, rather than controlling and dominating it, we take part, and also let other beings take part and give their gifts. I think our survival as a species depend on how well we participate in life, holding space for the regenerative processes which make this planet such an abundant, living whole. As Donella Meadows put it ”Life is bursting forth, pushing, throbbing, aiming toward fertility, productivity, purity and the most astonishing beauty. It’s an awesome force working in our direction, if we would let it do so.”

It is about digging deep within ourselves to find that we are so much more than we thought we were. We all have a vast wilderness within us. How can we discover that, let it guide us at the edge of chaos? What is the relationship between the wild, creative force within us, and that around us?

At this time of chaos, we need miracles. A miracle, according to the Oxford Dictionary, is ”an extraordinary and welcome event that is not explicable by natural or scientific laws and is therefore attributed to a divine agency.” And miracles happen! Is that the implication of what Ian Malcolm said? Not just chaos, but also miracles, do happen. Especially at the edge of chaos. Imagine that it took me 25 years to understand 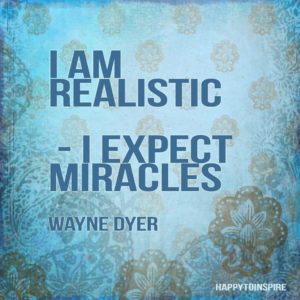 why I loved that character.

But miracles need someone to spot them, or they may pass by unnoticed. Some stories need to be listened into existence. Can we hold space for ourselves and each other to listen to, or even tell, new stories? Give each other permission to see the miracles in the cracks? Did you see that? Yeah, I saw it too!

I want to end with a poem by indigenous north american poet Louise Erdrich:

”Life will break you. Nobody can protect you from that, and living alone won’t either, for solitude will also break you with its yearning. You have to love. You have to feel. It is the reason you are here on earth. You are here to risk your heart. You are here to be swallowed up. And when it happens that you are broken, or betrayed, or left, or hurt, or death brushes near, let yourself sit by an apple tree and listen to the apples falling all around you in heaps, wasting their sweetness. Tell yourself that you tasted as many as you could.”